Do you agree social media is toxic?

This post will take a point/counterpoint approach to the controversial issue of whether social media is toxic.

In addition, this post examines anecdotal evidence to decide if social media is toxic and offers you a seven-part action plan.

I give you fair warning: At times, you may find this article about whether social media is toxic, well, toxic.

Let’s dig in and decide if social media is toxic.

Why Social Media is Toxic

What does “social media is toxic” mean?

There are many disadvantages to social media. One of the drawbacks is the harm social media sites cause.

The documentary “The Social Dilemma” features two teenagers whose mental health is harmed by social media.

In the Netflix video, their perceptions of reality change. One girl views her image differently in the mirror after reading her peers feel she has big ears.

The boy reads and believes political rhetoric. Believing he can change a reality that doesn’t in actuality exist, he gets arrested when a riot breaks out at a rally he attends.

The theme of the film clearly bellows, “Social Media users are manipulated.”

The reason the film received such hype: Viewers praise the documentary as being realistic.

Related Reading: Here is more information on the effects of social media on students.

If you are familiar with social media’s effect on sports, you realize social media can harm an athlete’s reputation.

Often, when someone’s professional reputation is ruined, their life is ruined.

For instance, football player Dave Bess photographed marijuana in his home and tweeted the image.

According to the source, Bess’s reputation was ruined. When you are an athlete in the public eye, public perceptions affect your image.

People complain social media is a waste of time.

They get lost down the rabbit hole called “social media” and can’t account for where their time went.

Also, tudents get distracted from fulfilling their responsibilities. For instance, they prefer to spend time on social media sites instead of doing their homework.

According to data put out by Statista, 77% of young people between the ages of 15 and 25 years of age watched YouTube videos in the last quarter of 2020.

This problem is not going away any time soon as more sites develop that lure young people from their responsibilities.

Is it just me, or do people seem to be promoting their own cause on social media?

Of course, social media is used for promotion. I’m the first one to promote my content in Facebook groups. That is one of the advantages of Facebook,

However, social media seems to have an distasteful factor.

Case in point: My first introduction to Instagram was when men I didn’t know kept introducing themselves to me in my Direct Messages. My experience is not unique.

Consider these recent comments from a social media user:

“Unfortunately, the ick factor on MeWe is the same as any social media site, single men sending me contact requests. Geez, people, get to Tinder, creeps! There’s a learning curve to weeding this type of thing out.” (Source).

Finally, I can’t seem to go to LinkedIn these days without people trying to sell me something in my Direct Message area.

For instance, many literal people assume someone who “friends” them on Facebook wants to be friendly. When people turn out to be hackers or rude, Facebook users can get blindsided.

As you will see from the quotes below, Facebook users do a convincing job of offering support for the claim that social media is toxic.

“I’ve hardly been on Facebook for marketing purposes recently. I found it time-consuming and didn’t generate enough sales to make up for all the ‘Hello dear, what’s your weather like’ messages.

Facebook is forgiven – as you say focus on the positives, and that’s probably a use more akin to what was intended rather than the toxic environment it had become (Source).”

When Facebook blocks users who disagree with the ban, Facebook users don’t know how to get out of Facebook Jail, and they often use other social media sites to vent their frustrations.

However, Instagram feels people are harmed emotionally when they don’t get likes. For this reason, Instagram bans likes in countries all over the world. For instance, at the time of this writing, the Canadians haven’t seen likes on Instagram posts in a year.

When I received this notice from Instagram, I thought I was being accused of perpetrating a phishing scam. In other words, I thought Instagram was accusing me of a crime. Phishing, trying to lure people into giving up their user name and password combinations, is illegal.

During the Trump Administration, a Republican politician went to see Former President Trump. When Twitter users learned the politician accepted financial favors from Trump while in Washington, the Twitter crowd accused him of having a conflict of interest.

When he explained his motives, five thousand Twitter users attacked him. The reason: His attackers believed his motives were poor. (I didn’t personally count. Someone else did.)

After the 2020 Presidential Election, Facebook shut down conservatives groups who flocked to MeWe in droves. Millions of members joined MeWe each week.

Social media users accused MeWe of being a site for conservatives as you see in the comments section of these MeWe reviews.

Here is an example:

“MeWe has already started down the path of an alt-right haven (just look around the groups and come up with your own opinion) and whatever claims the creator has about privacy this is just a well-established fact if you do not moderate anyone or anything then your community quickly becomes a cesspool of the worst in humanity.

And yes it’s been shown time and time again how the average person just absolutely L O V E S to spend time in those types of environments. Yeah! I’m not sure how you are paid to shill for MeWe or Weme or whatever but just stop” (Source).

There are many examples of toxicity in Reddit subreddits.

First, there are GOMI (Get Off My Internet) groups and other snarky groups.

Next, I was attacked for trying to learn in the SEO subreddit during the quarantine. Someone claimed I was insensitive to the illness.

Also, I read and tried to follow the rules in another subreddit, and I offended a member to such an extent, she called for five moderators. I wrote her to inquire what I’d done wrong. She explained I broke the rules but didn’t cite any rules I’d broken.

Social Media Is Not Toxic

According to Pivot’s Scott Galloway, “There is a movement toward purity. Snap and Pinterest have been more vigilante about trying to keep their platforms less toxic.” He went on to report, “They have appreciated fast.”

Have you heard of the Huddol social media site? Huddol is one of the personal development websites.

Huddol is designed to help people with emotional growth. The site builds you up emotionally instead of tearing you down.

Social Media is Toxic, But Here’s What You Can Do

Focus on the Positive

Focus on the positive vibes you get from social media.

From Sunil Jain on Medium:

“I believe every social media channel has a toxic environment; we just need to focus on creating an environment where we don’t come across such toxic content.

Let me give you an example of Twitter: When I was actively using Twitter 8 years back it was fun, had less noise, and more meaningful conversations.

But now, it’s more political with trolls sitting on your head, so all I had to do is create more lists and only engage with people who are posting specific hashtags and words. And upon that, mute those people who share the political content among my list.

I’m sticking to Twitter and LinkedIn now. Quora and Reddit I use for research purposes. And on Facebook, I’m only using the Ads manager to manage campaigns.

Focus on the positive and ignore the negative.”

Can you find humor in frustration?

Admitting social media is toxic might help reduce your frustrations.

First, block people who upset you. Social media should be fun.

Next, what better way to admit that social media is toxic than with this Social Media Seriously Harms Your Mental Health phone case?

According to Urban Sophistication, the makers of the iPhone case,

“When you entangle your life in an appthat makes you feel bad, the only option other than quitting is to stick it to the platform with a phone case that says it all.”

Browser tools exist that allow you to turn off your browser. The result: Your time online is reduced and so are your frustrations.

The result: Your time on social media will be minimized is you use your phone less and so will your frustrations.

Let people know “you matter,” their opinions matter, instead of tearing them down. For instance, you can tell people, “You matter” using inspirational quotes.

I realize you are only one person.

Social media platforms are moderated to varying degrees. Some are heavily moderated.

Social media moderators know that social media is toxic, and they are on the lookout.

Err on the side of caution. Since social media is toxic, don’t instigate. If in doubt, don’t make a comment that could inflame someone. If they report you, you could lose access to your social media account.

For instance, in the Facebook subreddit and the Instagram subreddit, you find people to commiserate with over topics ranging from how social media is toxic to getting locked out of your accounts.

Social Media is Toxic: Here’s What You Shouldn’t Do

Giving up social media is not realistic.

For instance, I have a friend who insisted she’d never network on social media. During the 2020 Presidential Election, she actively campaigned for her choice of president on Facebook. Since then, she’s remained active on social media.

Wrapping Up: Social Media is Toxic

In closing, this post presented both sides of the argument as to whether social media is toxic.

Readers, please share so so media users discover how to cope with the truth: Social media is toxic.

I look forward to your views in the comments section. What do you think? Do you believe social media is toxic? 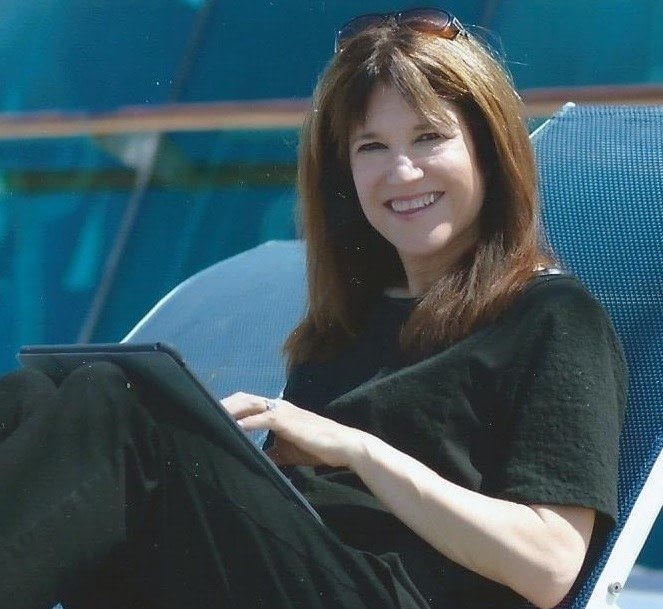 Janice Wald is the founder of MostlyBlogging.com. She is an ebook author, blogger, blogging coach, blogging judge, freelance writer, and speaker. She was nominated as the 2021 and 2019 Best Internet Marketer by the Infinity Blog Awards and in 2017 as the Most Informative Blogger by the London Bloggers Bash. She’s been featured on Small Business Trends, the Huffington Post, and Lifehack.