Political Apathy: Most of the Problems in Life are Because of 2 Reasons

Do you know the dangers of political apathy?

Updated Information September 2021: Apparently Democrats now do. Thanks to Donald Trump, Americans from both political parties are getting out the vote in record numbers.

Democrats also got out the vote and kept Governor Gavin Newsom in office when he was threatened by a recall election in September 2021. Since the overwhelming majority of Californians are Democrats, good vibes have been restored to California. California Democrats can put the recall threat behind them.

If you want to help fight political apathy, you can.

VoteFwd.Org is an organization you can join. As part of the organization, you write letters to people reminding them to get out the vote. 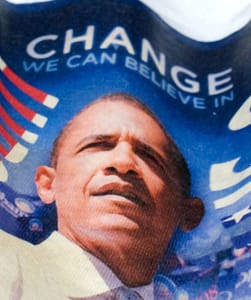 We act without thinking or we keep thinking without acting.  Last Tuesday night, Democrats failed to act, and the party suffered sweeping losses around the country.

I maintain the reason that the Democratic party, the party of “yes”, the party of Obama, suffered such damage is complacency, the feeling people have when they are satisfied.  Damage definitely is the result.  Now, according to the NEW YORKER, President Obama is being asked to work with the very people who threatened to sue him, Senate Majority Leader Mitch McConnell and the Republicans.

Many theories have emerged over the last week seeking to explain the inexplicable.  A rejection of President Obama by his own party is key theorists explain.  Months ago, when fears of Ebola were raging and ISIS was threatening, Democratic candidates refused President Obama’s help.  The buzz on the street was that he wasn’t doing enough to handle these crises, and PBO was kept at arm’s length.  Republicans subsequently played on Americans’ fears with negativity about the President.

Regardless, I still insist the Democrats, not their opponents, are to blame for their downturn.  Complacency caused the Democratic losses.

Weeks ago, the grassroots group, Unite Blue, the umbrella organization that holds many Democrats, started social media campaigns to help the Democrats running on November 4.  #YesHeDid, which trended for some time in the weeks before the election, was the first.

Retweets reminding Twitter followers of PBO’s accomplishments preceded the election.  A subsequent trend, #voteblue, trended for days.  Thanks to the Internet, ignorance can no longer be an excuse for inaction.  Despite these social media campaigns and the knowledge it gave them, Democratic Americans refused to go to the polls.

The Dangers of Political Apathy

A Canadian newspaper echoed Democrats’ disbelief at the outcome.  After summing up, PBO’s accomplishments in the areas of economics, foreign policy, and world-wide respect, the reporter asked, “So, Americans vote for the party that got you into the mess that Obama just got you out of?  That defies reason.”

I understand what the Canadians don’t because I understand history.  In the Middle Ages Western Europeans were complacent after William the Conqueror started feudalism which ended barbarian threats.  For generations Western Europeans were bored after feudalism gave them stability.  Complacency had turned to boredom and boredom led to Europeans heading east on Crusades where they slaughtered countless number of Jews and Muslims.

It was complacency that caused Jews living in Nazi Germany to stay put and simply hope for change until it was too late to leave. This inaction ultimately cost them their lives.

Complacency, denial, inaction, and political apathy are all crimes I accuse the Democratic party of being guilty of.   Although a human body didn’t lose strength last week, a political body did.  According to a favorite song of mine, Put  Your Records On, “The more things seem to change, the more they stay the same.”  However, history did not repeat itself this time.  The economic norm is that when bonds are up, stocks are down, yet both are at a high, even record-breaking.

Therefore, last week’s results were not a rejection of President Barack Obama but rather inaction, complacency, political apathy on the party of his party.  Dr. Martin Luther King once said, “Whatever you do, you have to keep moving forward.” Because of political apathy, Democratic Americans stagnated on election day.

What do my readers think?  Why did the Democratic party experience such sweeping losses in the midterm elections?  I look forward to reading your views about political apathy.