There are some serious stats you can’t ignore.

Do you know how many people use Facebook groups?

Get ready to grow your reach.

It gets better: When you use Facebook groups, you can grow your reach organically.

While others pay for Facebook ads, when you use Facebook groups, you can grow your exposure for free.

Do you want to know how they responded?

To my surprise, an overwhelming majority chose Quora Spaces.

There are many advantages to using social media for business. One of them is the potential for businesses to boost their exposure.

Some Facebook groups have tens of thousands of members. There is no better way to extend your reach organically.

To find these groups:

Boost Your Blog (Use the designated thread.)

Blog Like a Boss (Update March 2020: This group has not been active in 6 weeks.)

Connect and Cultivate with Ivory Mix 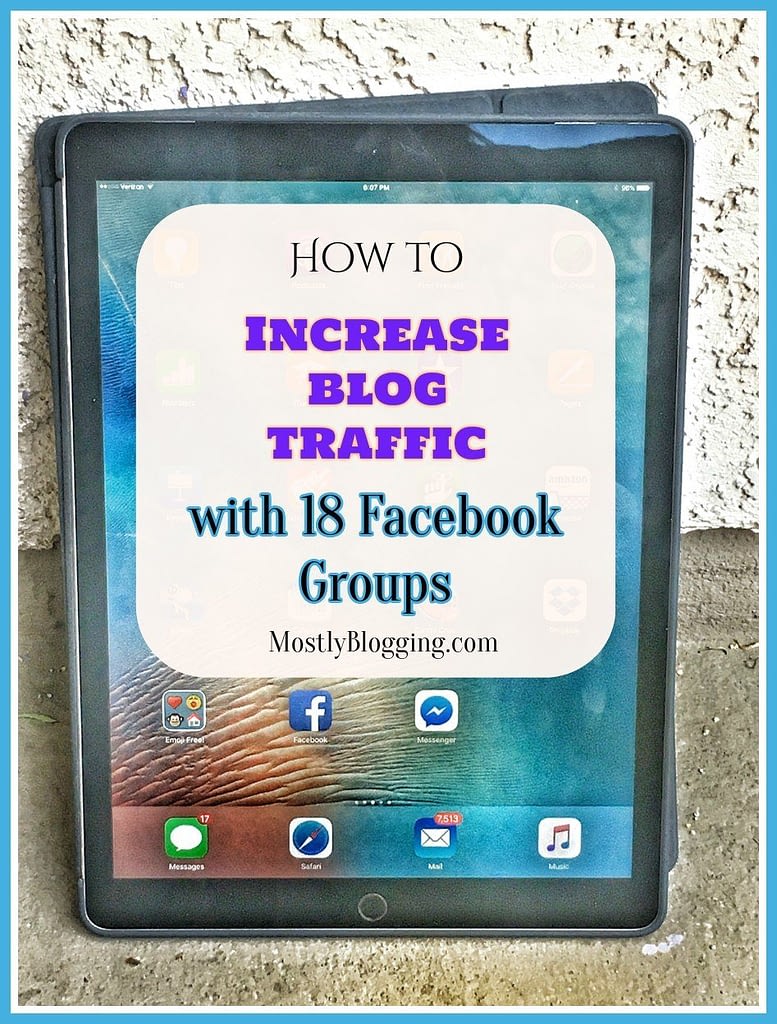 When asked to suggest the best eCommerce groups on this list, I recommended:

July 2020: In 2018, Facebook started shareable links. This means anyone in a group can invite someone to the group with a shareable link. They can use the link in an email or anywhere they wish to send the invitation to the group.

Also, Facebook started Messenger Rooms this past spring. You can chat in a group as large as 50 people in these Rooms. 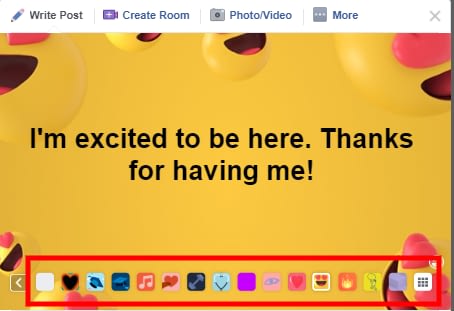 According to research, emojis boost engagement. Try putting them in along with your promotional content, and see the results.

Notice what occurred when I chose the emoji with the smiley face and the hearts in the eyes. The emoji filled the screen.

We Love Blogging is a new Facebook group. Since they are just getting started, their promotion days vary.

In the event you are reluctant to join Facebook groups due to founder Mark Zuckerberg’s politics, you might rethink your decision.

Zuckerberg’s response to the Coronavirus has been heartwarming. You can read all he’s doing to help in this post about Facebook’s advantages and disadvantages.

Despite Facebook losing users due to last year’s data breaches, Facebook profits are soaring according to NBC. My point: I still recommend you join Facebook groups to promote your blog posts.

This post is uniquely different from all I’ve ever shared.

It’s not an article.

It’s not a case study.

When I posted about a StumbleUpon group I am a member of, everyone thought it was my group.

In my article, This is How Facebook Can Always Help You Blog Better, I explained promoting in Facebooks groups is an effective way to grow your blog.

Today, I am posting all my Facebook groups that you can join that will allow you to leave a link and promote your blog posts.

This method is how I’ve grown my blog, and if you follow the strategies in this post, you can grow your blog this way as well.

When asked on Quora why I recommend people use social media groups, I answered with Facebook groups in mind:

“Groups enable you to do the following:

Find your tribe. While that may sound cliche, many are sheltering-in-place alone. Finding a tribe in a social media group enables you to feel less alone, less isolated.

Marketing is easier when you have a group to market to. More and more social media sites are delving into the eCommerce world.

Also, Facebook groups have #PromoDays. These groups allow you to market your goods and services without making you feel like a spammer.

When you market on social media, connect to users on social media sites, and then you discover interest they have in your products or services, you can follow up with a direct message.

Consider these comments posted in the Bloggers Mastermind Group:

I am really excited to say that I am officially launching my new lifestyle + design blog on January 2nd! Right now, I’m in the final stages of preparing for the launch, and I wanted to ask, what are your tips to having a really successful launch day, week, and month?

Thanks for any insights you bring.

Here is the answer the blogger was given by a member of the group:

I would get into all the blog promo groups.

Facebook groups have been an enormous asset in growing my blog.

Look at this screenshot:

As you can see, I received 115 page views coming to my blog from Facebook. Look at the three posts that each received over 100 views that day. I promoted all of them in Facebook groups that allow self-promotion.

My experience is not isolated. The Gay Dad blog reports the same success with Facebook groups.

I can’t add her without her knowledge. I had one before this from someone else, and it was embarrassing when she came into the group and said she didn’t want to be a member. Sorry, Janice, I know you had good intentions, but without her consent, I won’t add her.

Clearly, my days of recommending bloggers for Facebook groups are behind me. Now my readers will have to request joining the groups without my intervention.

You do have to make a request to join. Getting in is easy. I have never been turned down for a group I was trying to enter.

[Note: All I ask is that you right-click and open a new window or tab when you check out these wonderfully supportive groups. If you don’t, my bounce rate is going to plummet.]

UPDATE: Did you note some of these groups were archived after the original publication of this post?

I received a question after the Blog Share group was archived:

Have you ever heard of a group blog on Facebook being archived? I show archive on Blog Share and seen nowhere to post. I have contacted Admin in the meantime waiting for a response.”

Me: “An archived group means it’s no longer taking submissions. They saved the old content and archived it.

The group is closed. I tried going there to promote as well which is how I know.” 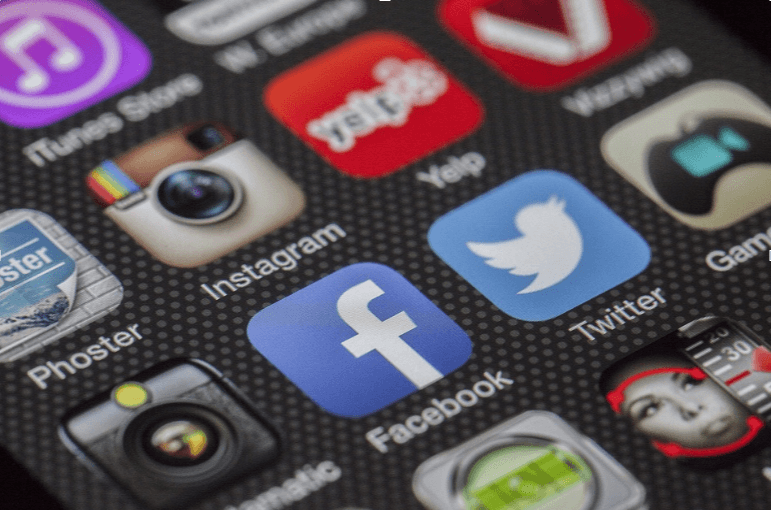 Your FB method is amazing.

He then proceeded to interview me about my technique of growing my blog.

Here is an excerpt from the interview:

Do you target creating content for a certain number of groups or build a labyrinth of groups that are targeted to your niche?

Regarding targeted content, I produce the content, then find a Facebook group that matches it and then I promote there.
The only two I change are the marketing groups. I don’t always blog about marketing. If I don’t, I won’t promote there.

The action is in groups. This is true in Google Plus and Linkedin, and on Group Boards on Pinterest. It’s true pretty much everywhere. Facebook has a very robust group culture. Find groups of interest or create a group.

The tide has turned away from Facebook to such an extent that in recent years, articles offering Facebook group alternatives are on the rise.

There are disadvantages as well as advantages to using Facebook:

The solution: You don’t have to post in all of them. Try promoting your posts in a few and see if they give you enough return on your time invested. Then, you can try others.

Also, if you join and post to the largest Facebook groups, you’ll get a higher return on your time invested (ROI) in promotion.

In closing, I have achieved great results following this method.

Promoting your posts in Facebook groups might be time-consuming, and there might be rules you have to follow. However, the potential for blog traffic is high. When it comes to engagement, Facebook can’t be beaten. You might go in looking for traffic, but, if you don’t just “link drop” and run, you will wind up making friends.

Note: If any of these 18+ Facebook groups have folded since this publication and subsequent updates, please let me know in the comments section, so I can remove them from the list.

Bloggers, what Facebook groups that allow self-promotion can you recommend? I look forward to your links to groups you use for promotion in the comments section.

3 Cost Effective Ways to Drive Facebook Traffic to Your Blog

Go to https://www.facebook.com/.
Type in the name of the group as it appears below.
Click Groups.
Click Join.
If the group admin has questions for you to answer, answer them. Your membership will be pending in most cases. In other cases, you’ll be admitted right away.

The person who set up the Facebook page can start a group. That person is called an admin or an administrator.

Social Media Examiner reported that in 2019, tens of millions of Facebook groups exist. You can join up to 6,000.

You can pin your Facebook groups to your shortcuts. They appear on the left of the screen.

This is a timesaving tip. All you need do is click instead of typing the group’s name in the search bar.

Click the 3 dots at the top of the screen under More.

Facebook’s Mark Zuckerberg reportedly lost 7 billion dollars when advertisers who normally would pay to advertise on Facebook in July decided to pull their advertising money.

The reason for the grievance against Facebook is being called “Hate for Profit.” Unhappy with Zuckerberg’s response to racist content being left on Facebook, brands such as Coca-cola and Verizon are pulling up stakes.

What does this have to do with Facebook groups? Some people predict this exodus signals the beginning of the end of Facebook. I disagree based on the strength of Facebook groups. As indicated earlier in this article, Facebook groups prove such an asset for Zuckerberg, he now advertises groups on television commercials.