How to Make People Happy About Controversial Writing Topics 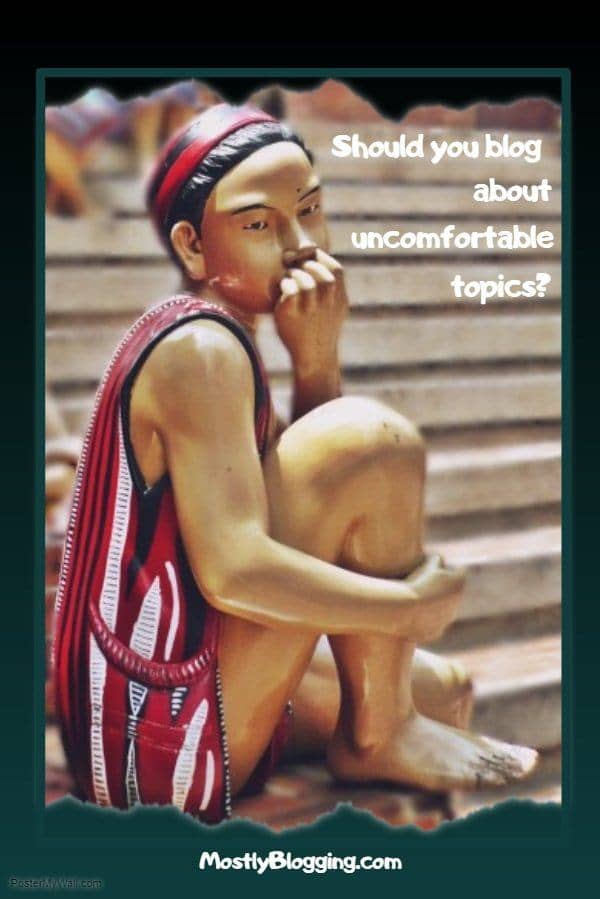 As bloggers, we need to find ways of objectively describing information. Then, we empower our readers with that information.

For example, mommy bloggers may struggle to write about the sexuality of their children in an era where the current United States administration is reversing stances held by previous administrations.

Relationship bloggers: How do you advise people who hold different political beliefs to get along with their significant others and their families during the holiday season?

Political bloggers: How do you share political news without offending members of the various political parties in an age where people feel such strong conviction about their political beliefs?

Beauty bloggers: Do you recommend hemp skin care products? This is a product people in the cannabis entrepreneurship industry may recommend.

Even when you’re discussing topics that have been legalized, people are still uncomfortable.

Controversy breeds traffic as well as giving bloggers a chance to help their readers cope with difficult issues.

This difficulty is further magnified by the changes in the United States in the last several years.

This post answers the question, “Should you blog about sensitive topics, and, if yes, how to handle those topics when producing content for your blog?”

I asked the bloggers how they deal with uncomfortable topics on their blogs.

After reading this article, you’ll have strategies to blog about cannabis, politics, and body image.

Question: Should You Blog About Controversial Writing Topics?

Cannabis, also known as pot, marijuana, and weed is legal in many states in the United States.

I had the opportunity of interviewing Iris Gonzalez who writes about cannabis in San Antonio Texas. She titled her most recent article “Cannabis Startups Growing Like Weed in San Antonio.”

According to Iris, when she wrote about cannabis startups she received “tons of new traffic and signups.”

People then asked if they could publish about cannabis on her blog.

She said no. Here’s why:

Iris reported there was so much hype over her articles her competitors started writing about cannabis. They were previously reluctant to write about controversial writing topics.

Iris ultimately accepted a guest post about cannabis in San Antonio. The article created so much buzz, the guest author became a speaker about cannabis use.

She is giving objective reporting to a topic no one previously knew about and she’s tapped into a previously taboo market.

“It’s easy to be painted with the green brush of cannabis and not taken seriously. It’s a legitimate huge global sector with big dollar signs attached.”

Her advice: Be careful

If people ask you to publish their links in the guest posts, make sure they are not spammy.

“Do the vetting process so people know you only write about legitimate topics.”

I agree with Iris’s answers in the interview. I tapped previously untapped markets and my traffic bloomed. For example, I wrote about StumbleUpon (now defunct), Mix, and Wakelet, all previously unheard of content curation websites.

“Credibility is important. Vet the guest authors. For example, check to see if they have a good URL.”

Iris offered the example of Hempcrete which is a brand new industry. Iris will write about this new industry. She will vet the author she interviews and make sure he doesn’t come from a spammy-looking website.

Iris admitted there is writing about cannabis, but it’s not quality writing. It reeks of the “pothead” mentality.

Her strategy has gotten her “a ton of traction.”

Cannabis entrepreneurs started asking to be her Facebook friends. She said no.

“You can be a cannabis writer for cannabis startups for people who need bloggers to write a press release for them. If you want to do it, it’s big money. Create a pen name and/or get a different website.

Whether you agree with it or not, it’s a huge multi-million dollar industry in the United States. For example, the hemp-based industry is legitimate.”

She reported all her following increased including Instagram where she didn’t even promote the article.

Iris concluded her interview answers by commenting, “”People need to learn how to blog responsibility about cannabis.”

Takeaways: Blogging about controversial writing topics could be a game changer. To quote Iris, “Just be careful.”

Respondent 2 suggested you use humor to blog about cannabis entrepreneurship. For instance, he suggested this headline for your content:

“I’d suggest ‘Weed it and Reap’ is a really good start, as it’s about freedom of speech and discussing what should be done with cannabis for ‘widest public benefit’.”

Iris also used humor when writing about cannabis entrepreneurship. Did you notice the wordplay in her headline “Cannabis Startups Growing Like Weed in San Antonio“?

I interviewed Michelle O’Callahan about how she blogs about the topic of politics on her site.

Michelle identifies herself as a “strong conservative.”

She divulged, “I am often called ‘blunt’ and ‘rude’ in my writing… haha I am MUCH nicer and more polite in real life. Writing lets me get my feelings out.”

Michelle responded that she ends her political posts with “You do you, I’ll do me.” She recommends you end controversial writing topics that way as well if you’re sharing one view versus another.

Olivia Morris, from the Blogging Grandmother’s Facebook Group, explained, “I wrote a blog post about underwear….. for women, plus-sized women…… I handled it with humor…..”

Question: Should You Blog About Controversial Writing Topics:

She reported, “I tend to stay away from topics that might be sensitive. I know that isn’t much of an answer but I have noticed most of the blogs I follow don’t get into sensitive topics either...”

In other words, her advice was not to blog about any controversial writing topics at all.

Readers, please share so bloggers who need advice dealing with controversial writing topics on their blogs discover these ideas.

Do you blog about controversial topics?

If so, how do you handle the sensitive nature of the topics?

Which controversial writing topics do you feature on your blogs? I look forward to your views in the comments section.